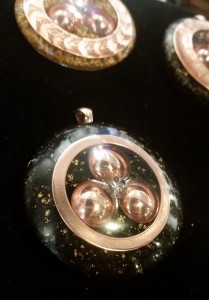 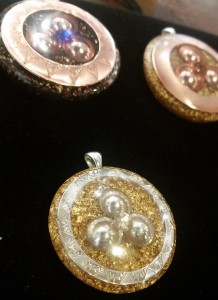 I have created a series thirteen new Roerich Peace Pact pendants to coincide with the world wide meditation taking place today (Nov 28th, 2015) that is based upon this timeless symbol. All over the world, the Banner of Peace has been raised today in solidarity for peace as a means to unify people around cultural protection. For more information on the Banner of Peace and Nicolas Roerich check out the links below. 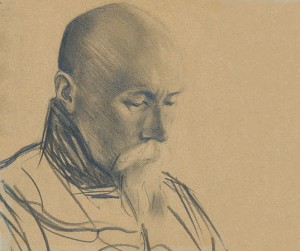 I first heard about Nicolas Roerich while living in Maui around 2003. I was studying the works of Jose Arguelles and the Dreamspell calendar and learned of Roerich because of his role in creating the “Banner of Peace.”

Nicolas Roerich was born in Russia in 1874. His life was filled with painting, travel, philosophy, and peacemaking. One of his greatest accomplishment was establishing the Banner of Peace as a symbol that could be used to unify all people. 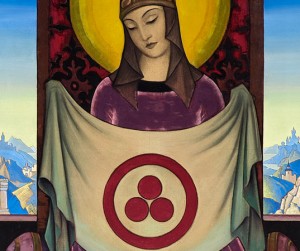 According to the Roerich Museum in New York City, “The Banner of Peace symbol has ancient origins. Perhaps its earliest known example appears on Stone Age amulets: three dots, without the enclosing circle. Roerich came across numerous later examples in various parts of the world, and knew that it represented a deep and sophisticated understanding of the triune nature of existence. But for the purposes of the Banner and the Pact, Roerich described the circle as representing the totality of culture, with the three dots being Art, Science, and Religion, three of the most embracing of human cultural activities. He also described the circle as representing the eternity of time, encompassing the past, present, and future. The sacred origins of the symbol, as an illustration of the trinity’s fundamental to all religions, remain central to the meaning of the Pact and the Banner today.”

I am proud to share this wonderful symbol with all its meaning as an orgone pendant. These pendants are made with my own metal work of Gold, Silver and Copper. They are cast with a body of Elite Shungite, Gold Leaf, crushed Quartz, Malachite and Tesla Coils on the backside. Each pendant is $260. Some will be posted in the Shop, but all serious inquires should be made to info@orgonix23.com.